Create an app and native ad placement on Pangle platform

Native ads are ad assets that are presented to users via UI components. It can be formatted to match your app's visual design. When a native ad loads, your app receives an ad object that contains its assets, and the app is then responsible for displaying them.

Before loading a native ad, you should have finished the design of a native ad. This can be done either with the Interface Builder or programmatically.

Interface Builder Example as below: 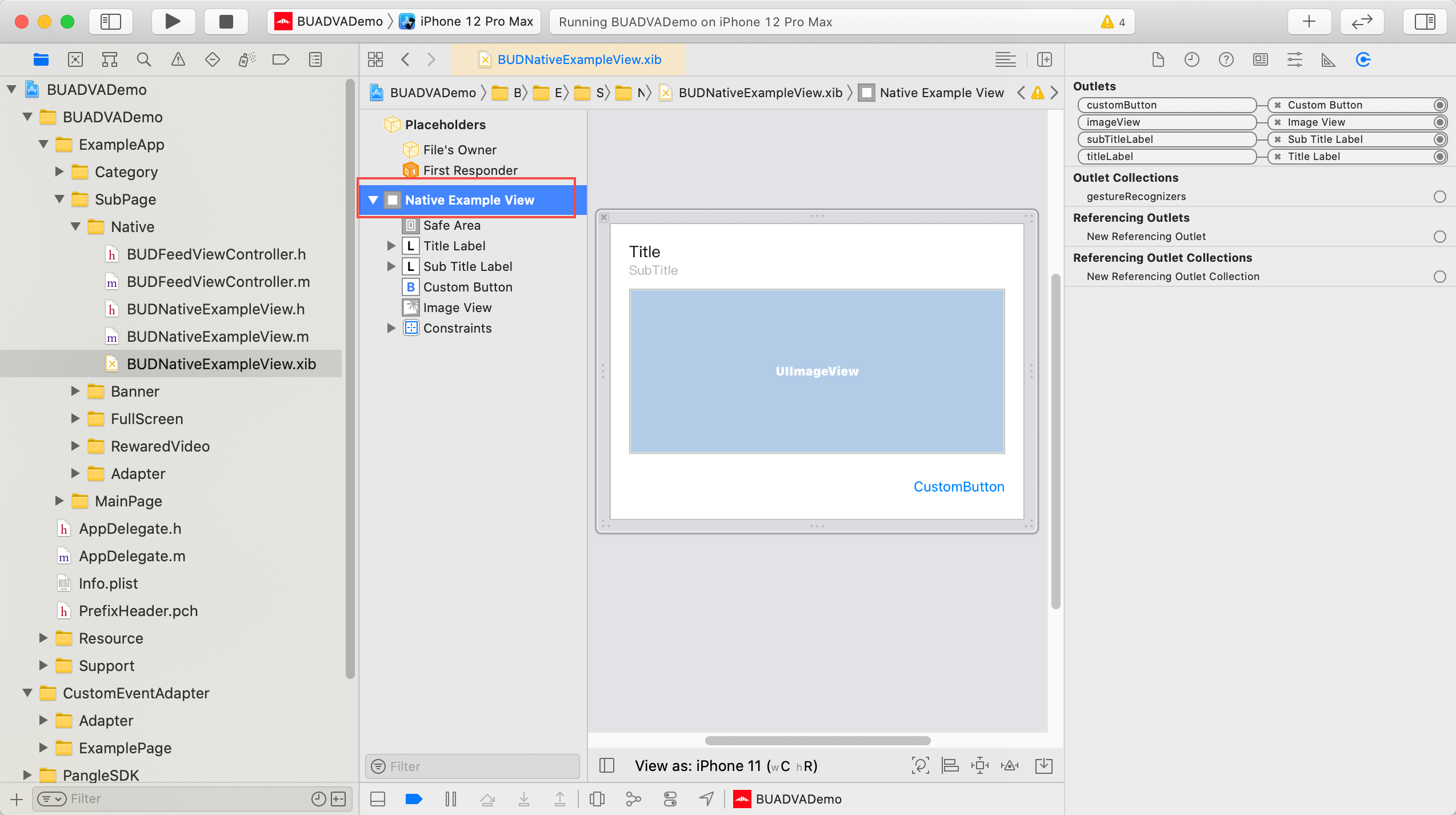 Then get the native example view from Nib file in the mainBundle:

Before you can load an ad, it is needed to initialize and configure the BUAdSlot.

The following code demonstrates how to initialize a BUAdSlot:

The root view controller handling ad actions is requred to be set to the BUNativeAd:

Once your BUNativeAd have been initialized and configured , call loadAdData method onBUNativeAd object to request an ad:

Once you have loaded an ad, all that remains is to display it to your users.(Though it doesn't necessarily have to do so immediately).

For the native ad you have accessed, there is a corresponding class: BUNativeAd.

There are two parts you can obtain assets with the ad.

Get notified of videoAdView events

Now you have finished the integration. If you wanna test your apps, make sure you use test ads rather than live, production ads. The easiest way to load test ads is to use test mode. It's been specially configured to return test ads for every request, and you're free to use it in your own apps while coding, testing, and debugging.

Refer to the How to add a test device? to add your device to the test devices on Pangle platform.