Developer Chat: Ohayoo on Maximizing Retention and LTV with Hybrid Monetization in Combat of Hero

Here at Pangle, we re constantly impressed by the talent and creativity of the developers we work with. In our new Developer Chat series, we re chatting with some of them to learn their tried-and-true development strategies, clever tips and tricks, and juicy behind-the-scenes tidbits. We hope they bring you a healthy dose of inspiration and guidance.

Today, we re peeking behind the curtain of Combat of Hero, a martial arts-themed mid-core casual game published by Ohayoo. Combat of Hero is currently the #1 mobile game in Japan, and has racked up 5 million downloads from users all over Asia. To find out what makes this game so popular and how its monetization model works, we talked with Ray, Product Manager from Ohayoo s global publishing team .

First of all, congratulations on your incredible success with Combat of Hero in Japan. What is this game all about? What s the secret behind its massive appeal?

Ray: It s no surprise that Combat of Hero resonates with fans of martial arts and fighting games –especially males in the 18–44 range. But what really stands out is how easy it is to master gameplay, and how many weapons, scenarios, and stories you get to experience in the game.

As a roguelike action game, Combat of Hero involves taking on all kinds of challenges at each level. As you win weapons and rewards, you also learn combat tricks to upgrade your skill level and unlock advanced combos. New weapons and armor are also randomly supplied as you play, and surprising encounters keep you on your toes. If you want to show off your skills, you can join tournaments. It’s a game that lets you work toward multiple goals at once.

What can you tell us about the design strategy behind Combat of Hero? In particular, what kind of design strategies have helped you maximize user retention and time spent in the game?

Ray: In terms of general game design, we incorporated plenty of guidance, providing tips on things like getting resources and advancing in the game. We also optimized the failure experience by adding low combat power warnings and increasing your encounter frequency if you fail several times in a row. You can also purchase certain resources and capabilities as needed.

From the perspective of user retention, we ve monitored and addressed major lagging points that can lead to player loss. To extend play time, we ve enriched the core combat experience with more roguelike elements and allowed for sophisticated combinations of weapons, armor, and accessories.

The One-Two Punch of Hybrid Monetization

Hybrid monetization models are being used in more and more casual games, including Combat of Hero and games that initially used in-app purchases (IAPs) alone. Can you tell us how you decided on this model? What kind of strategy was behind it?

Ray: We chose a hybrid model because it helps all of our primary, secondary, and general game players achieve success in the game. 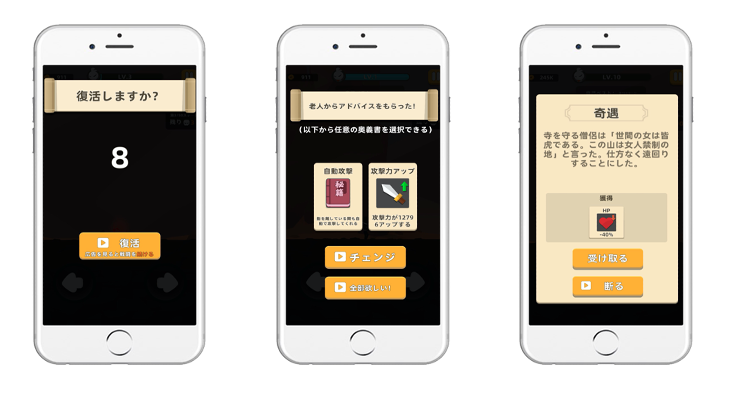 Because we want to preserve user experience, our in-app ads (IAAs) are rewarded video ads, mainly appearing at respawn points and skill card or encounter selection points. Rewarded ads optimize experience for non-paying players, helping them tackle short-term obstacles within certain levels. These ads also encourage primary and secondary players to make IAPs. Meanwhile, IAPs optimize experience for paying players, helping them level up and achieve success in the long term. Specifically, we designed our model with an IAP:IAA ratio of 2.5:7.5.

How many times per day does each user view ads in Combat of Hero? How do you get the most out of rewarded video ads?

Ray: We ve found that players actually seem to enjoy watching rewarded videos. On average, each user views 8 of them per day. The best way to leverage these ads is simply to place them at a lot of different points. Combat of Hero has a total of 8 rewarded video ad placements, including the points we discussed earlier as well as various others, from opening chests to doubling task rewards.

Powering Up With Pangle

What kind of impact have you seen from using Pangle s ads in your hybrid monetization model?

Ray: We ve seen some really encouraging results. Our day-one user retention rate is a very strong, 38% higher as compared with the retention rate benchmark of action games. Most significantly, this approach has helped us increase LTV by 30%. We will continue to optimize our model, but the results so far are already great. 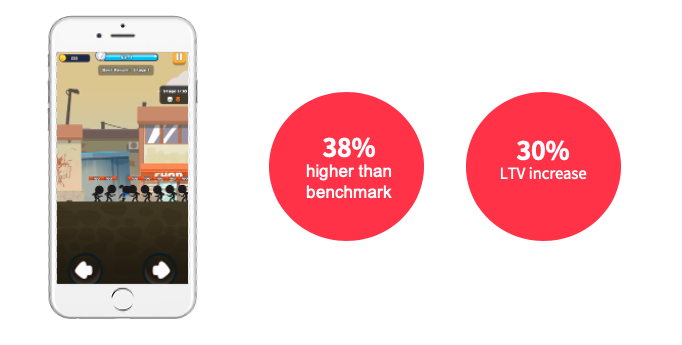 As Ohayoo has shown with Combat of Hero, the hybrid monetization model is becoming popular for good reason. Want to see how your app could benefit from hybrid monetization? Reach out to us at pangle_support@bytedance.com. Do check out another developer chat with Mafgames, and follow us on LinkedIn and Facebook!