The Koshelek App Sees 25% Increase in User Acquisition with Pangle

In the competitive world of in-app advertising, it helps to have a unique idea that makes your app and ads stand out from the crowd. Based out of Russia, The Koshelek App is precisely this sort of company. The app developer has made it possible to replace the physical wallet in your pocket with something else that’s already there — your smartphone.

Using The Koshelek App’s digital wallet, users can issue themselves virtual discounts or loyalty cards and then use these in online or physical stores to save. This allows users to take advantage of promotions run by participating retailers, all with one simple tap from the app.

The Koshelek App has set itself the ambitious goal of ridding the world of plastic cards — and they’re making good progress. The enterprising company has already virtually issued 335 million cards, saving 1 500 tons of plastic in the process. 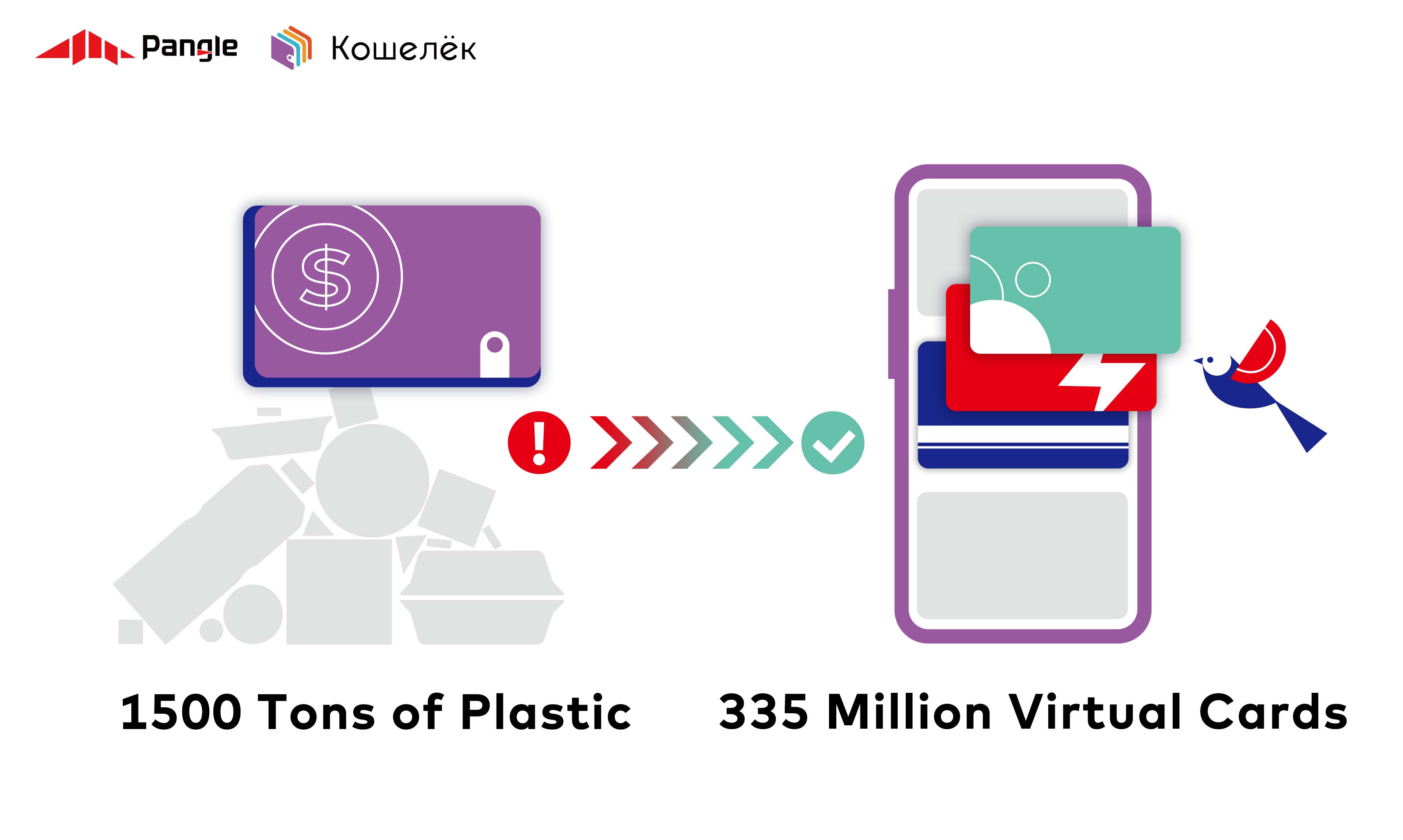 With such a savvy product, it’s hardly surprising that The Koshelek App was already doing well for itself, using TikTok for Business to place in-feed ads. But when they needed a scaling solution that would allow expansion beyond TikTok — and up their number of app installs to boot — partnering with Pangle made sense.

The Koshelek App’s ads put the viewer right in the center of the action. For example, one of their more popular ads resembles having a chat with a friend in-store. The user shows the viewer her phone with the app open, explains how it works and demonstrates how easy it is to make a payment. It’s the kind of simple, sharp advertising that takes a genuine and relaxed approach, making it easy to watch.

But, as any advertiser knows, it’s also a long, iterative process to get to an ad that delivers effortlessly. Interestingly, in The Koshelek App’s case, a lot of their ad content is “doing the work for them” with the help of the Automated Creative Optimization(ACO) feature.

With ACO, advertisers can upload creative elements like video clips, text, and call-to-action (CTA) buttons — and then wait for the system to do the rest. Using machine-learning algorithms, the various creative elements are combined into full-fledged ads. These ads are then tested and evaluated based on the results they produce. By the end of the process, only the top ads are displayed to users, all without the advertiser having to manually manage a complicated ad campaign.

For advertisers, this translates into substantial cost and time savings. No lengthy A/B testing is required, and new ads can be designed and tested all the time, adding to the campaign’s longevity.

Initially, The Koshelek App tapped into this feature as part of their app install campaign, using TikTok placements for in-feed ads.

A 25% Jump in Users with Pangle

When the time came to explore an even broader potential user base, The Koshelek App turned to Pangle for ad solutions. Several advantages made the platform an attractive option:

All of this meant less work to launch the new campaign cost-effectively while still maintaining top-quality presentation.

Over four months, The Koshelek App tested multiple creatives through Pangle and turned up some impressive results. The company was particularly interested in driving app installs and reducing cost-per-action (CPA) — in this case, the targeted activity being a user adding items to their cart in-app.

So, how did this strategy play out with Pangle?

Overall, The Koshelek App saw a staggering 25% uptick in user acquisition thanks to the access to new inventory. The company also noted that, in terms of CPA and cost-per-install (CPI), the performance of Pangle’s in-feed ad placement was on par with TikTok itself. Meanwhile, the click-through rate (CTR) also came in at the high end, with 10.5% of ads resulting in a click-through. 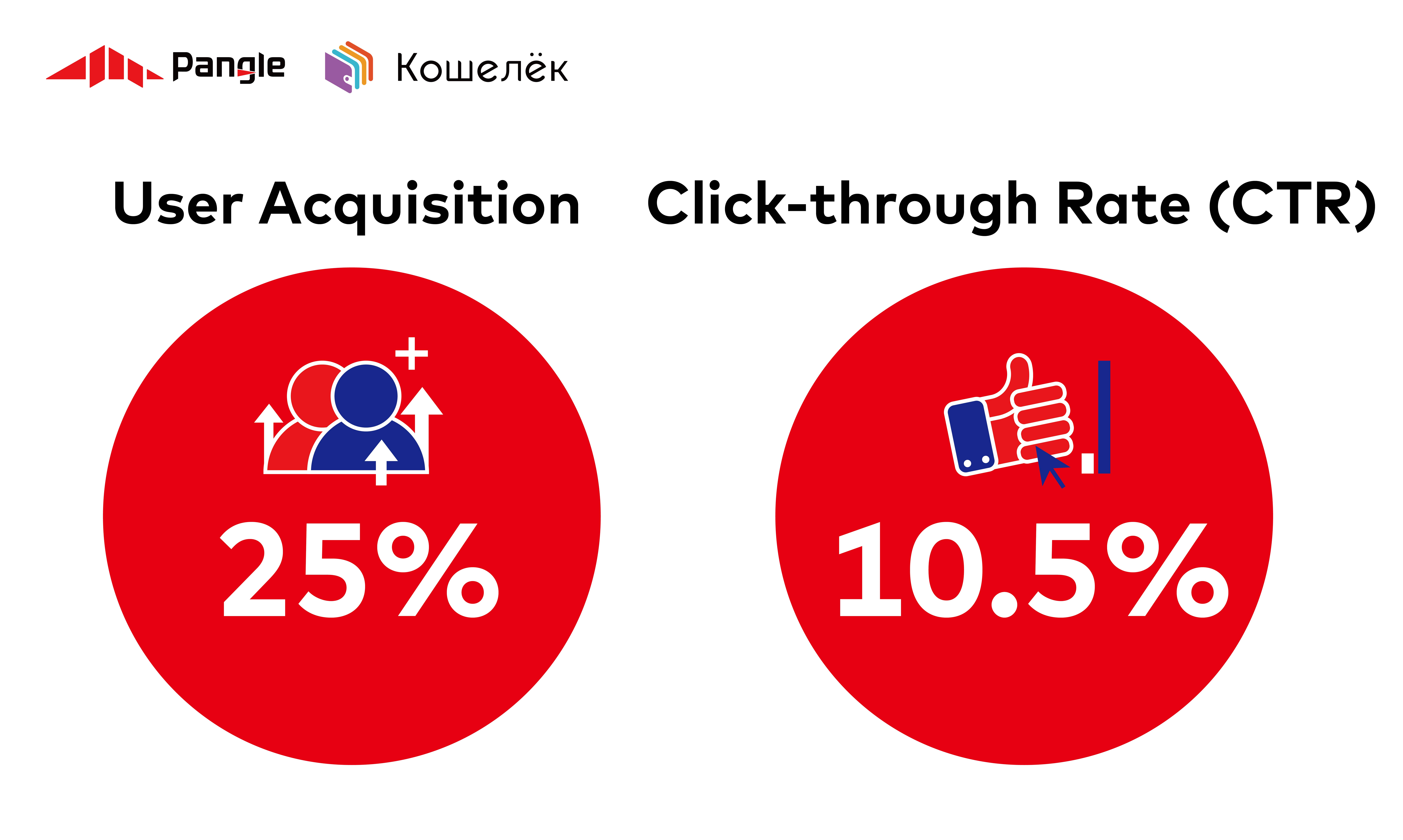 The above results ultimately translated into neat profits and an effective boost to carry The Koshelek App’s enterprise to the next level.

Increasingly, advertisers and app developers see a need to stand out with their campaigns. It’s vital to access tools and strategies that help to secure app installs and the revenue new users bring. For companies like The Koshelek App, scaling their reach is a crucial next step.

Fortunately, with Pangle’s built-in functionality, tapping into a wider market has never been easier. With global reach and proven expertise in the Asian and the MENA (Middle East and North Africa) regions, and expanding footprint in CEE and LATAM, Pangle offers an advertising solution that perfectly complements and drives ad strategy to the next level.