H1 2020 in Review: 5 Insights into the Japanese Mobile Gaming Market

H1 2020 in Review: 5 Insights into the Japanese Mobile Gaming Market 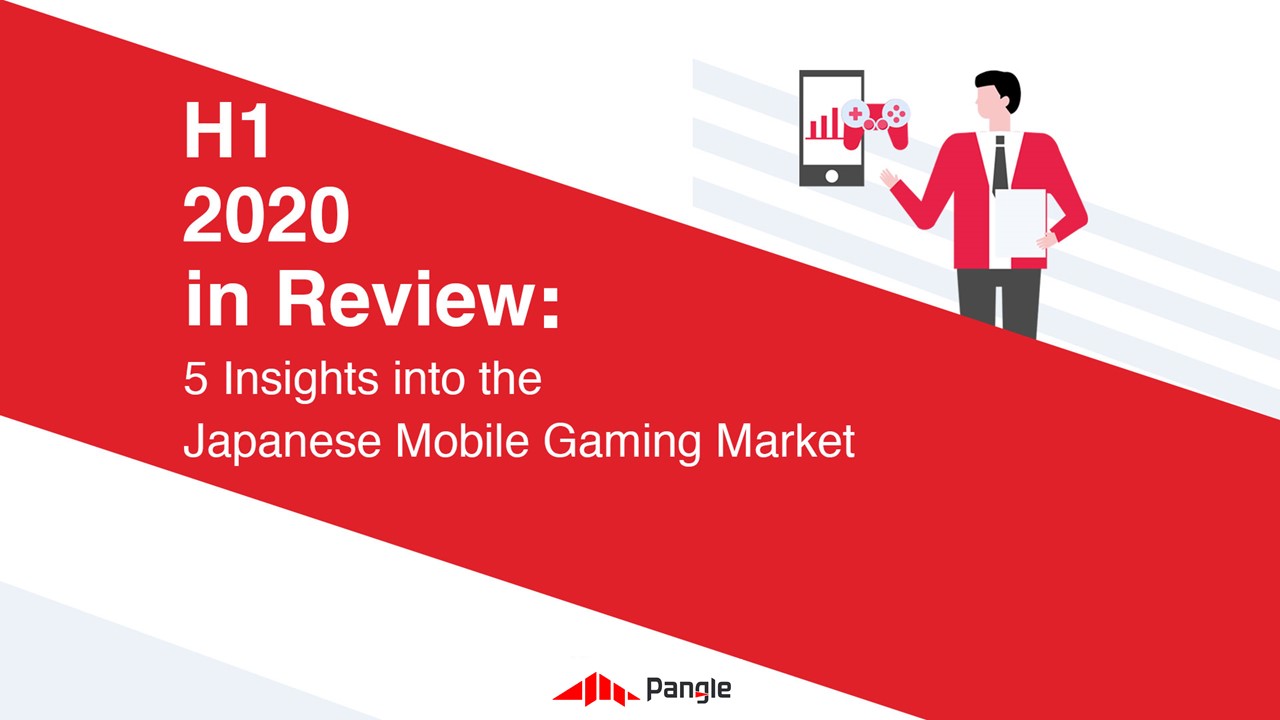 In July 2019, the Japanese market welcomed the Pangle, a platform offering valuable resources for monetization and user acquisition. Since then, the platform has grown rapidly, even amid the unusual circumstances of early 2020. Here s what Pangle experienced in the Japanese mobile gaming market during H1 2020: 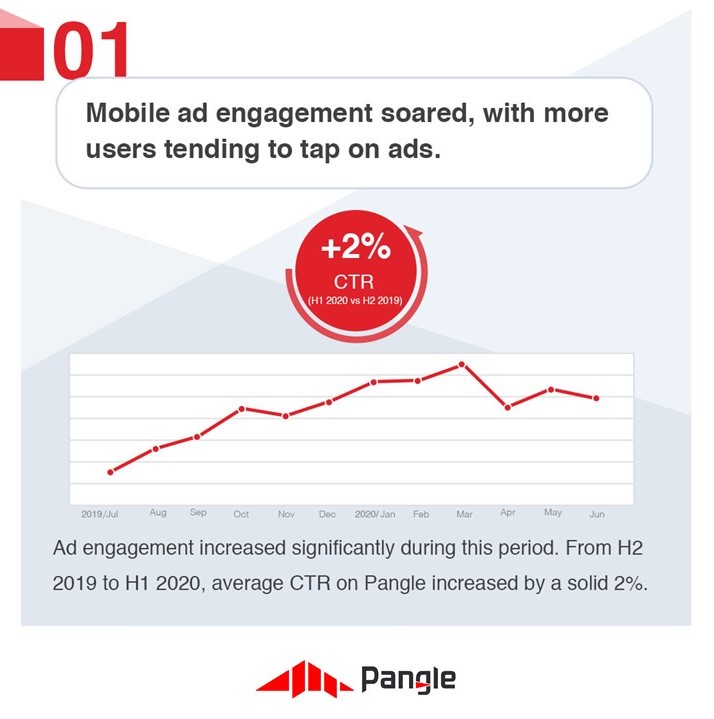 Ad engagement increased significantly during this period. In particular, ad CTR rose steadily, peaking in March. Although April saw a slight decrease, a relatively high level was still maintained overall. From H2 2019 to H1 2020, average CTR on Pangle increased by a solid 2%. 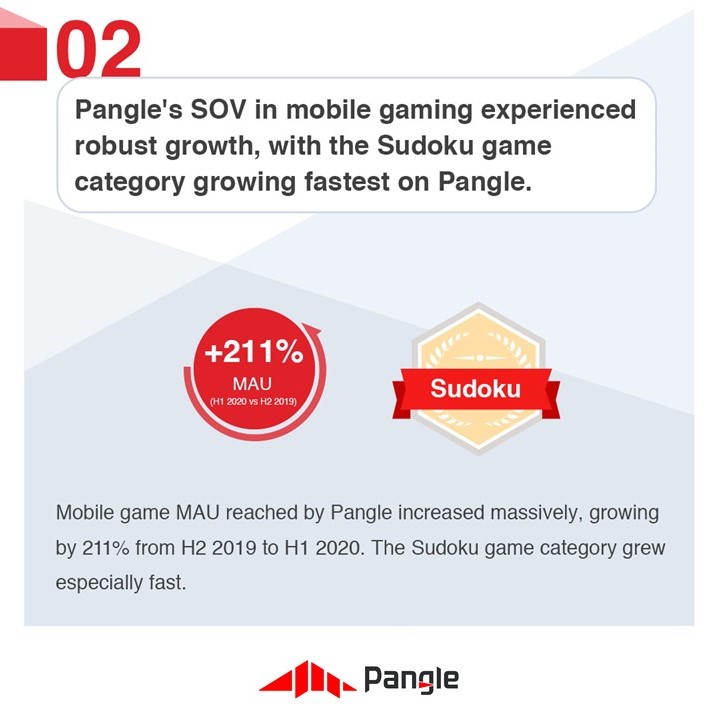 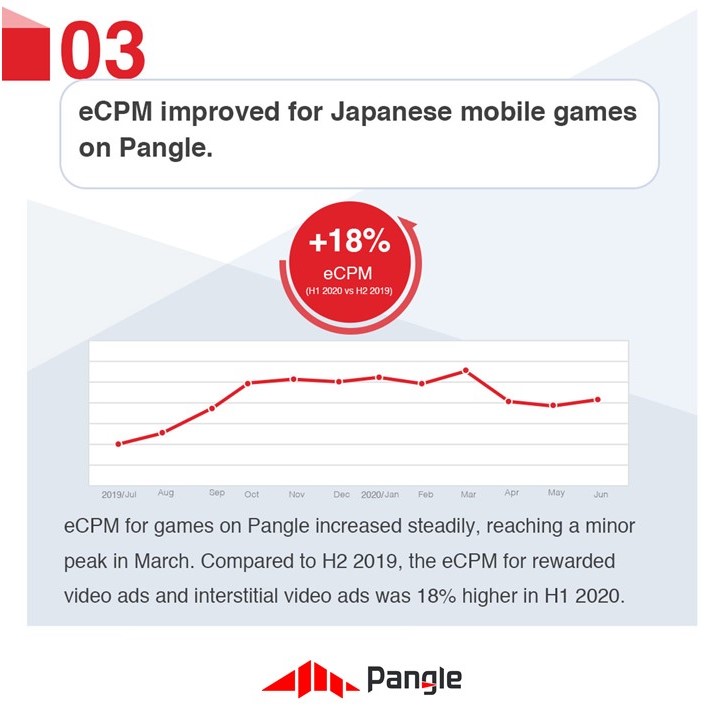 eCPM for games on Pangle increased steadily, reaching a minor peak in March. Compared to H2 2019, the eCPM for rewarded video ads and interstitial video ads was 18% higher in H1 2020.

4. The most profitable game categories in terms of ad monetization were Action, Idle, and Hyper-casual. 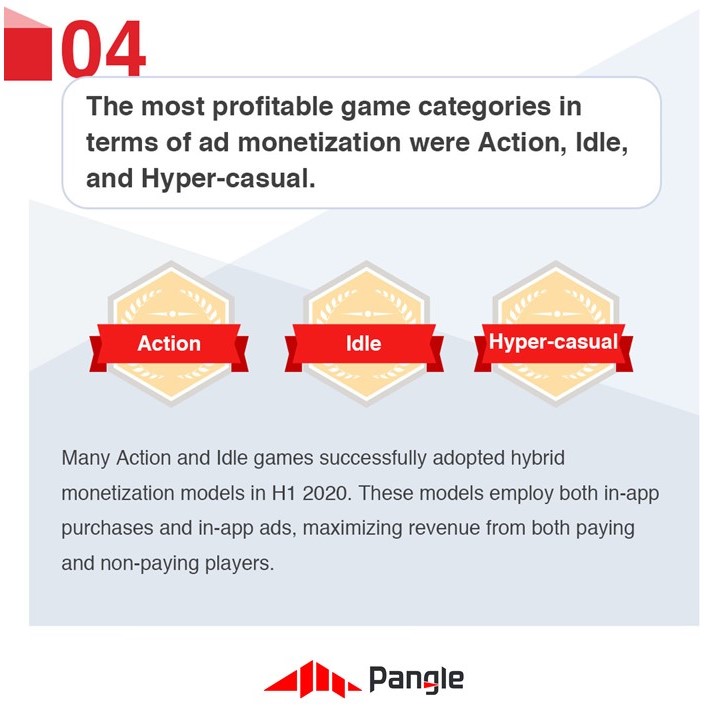 Many Action and Idle games successfully adopted hybrid monetization models in H1 2020. These models employ both in-app purchases and in-app ads, maximizing revenue from both paying and non-paying players.

The Hyper-casual category has always been the strongest in ad-driven monetization, and its monetization capabilities continued to expand in H1 2020. 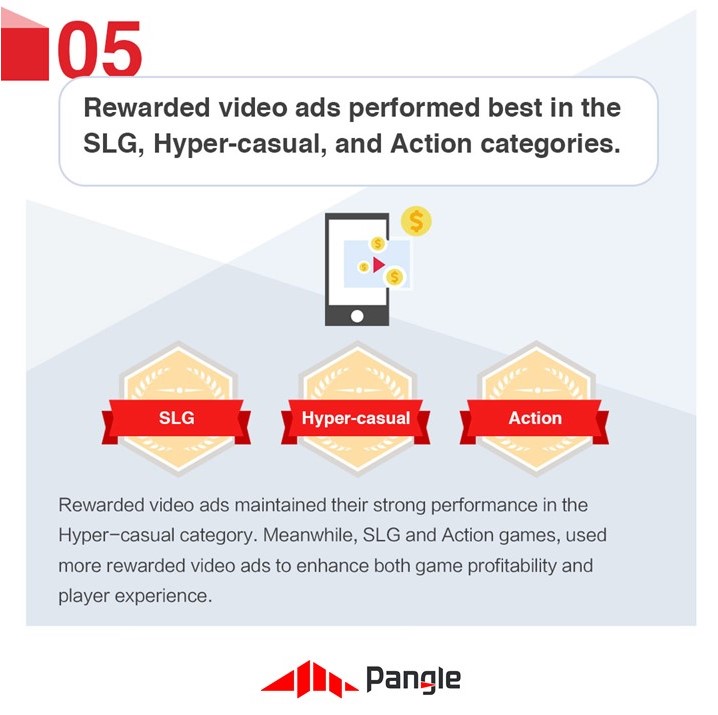 What trends do we foresee for the second half of 2020?