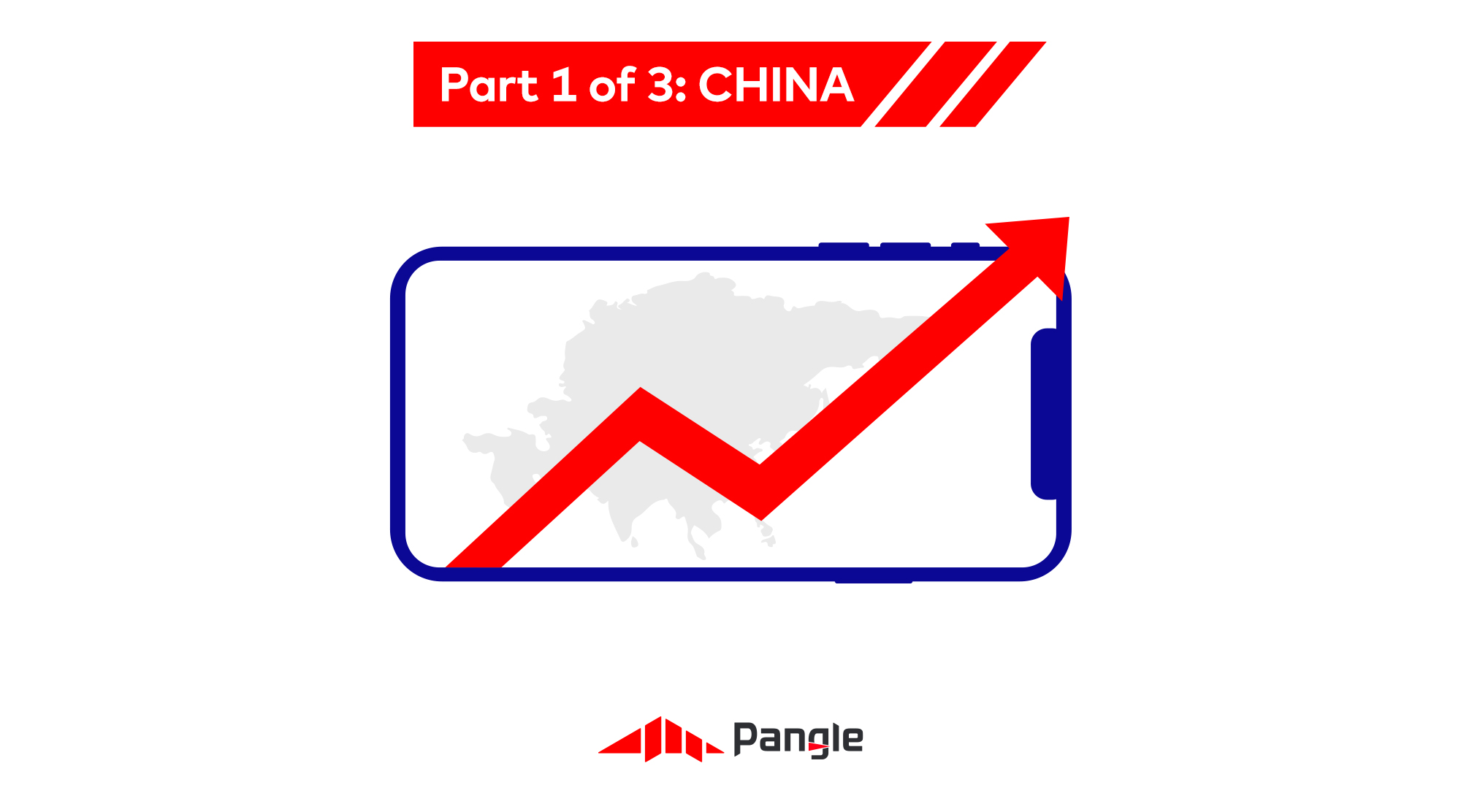 It s common knowledge that holiday seasons are the most important time of year to boost sales, and that has been an upward trend in recent years for marketing efforts in the games industry. While Christmas and New Year s Eve are staples of all marketers, learning when regional-specific holiday periods occur can be a boon to your sales toolkit. As the largest region worldwide in the gaming market, Asia generated about 84.3 billion USD, and had around 1.5 billion players in 2020 (source: Statista.com). However, reaching the Asia market may not be as easy as you think. Each country has its own unique culture, and their own holidays, so those who put together their annual marketing plan using only one calendar are missing out on a lot of opportunities.

So, when is the best time to monetize your app? What kinds of ads work best in each market? What are other players in the region doing to reach out to their customers?

In this blogpost series we ll answer all of these, and more, starting with the biggest mobile gaming market in the world, China!

With more than 25% of the world s mobile gaming market, China is a powerhouse that needs to be explored. As the local market continues to grow, we are seeing more and more Western developers expanding into the region with success, especially for those who utilize ads for their monetization method.

Compared to most other major markets, people in China are much more accustomed to the freemium model of ads than the subscription model that is prevalent in the West. This is especially true in the country s less-populated cities, where people tend to have less income to spend on in-app purchases, so games tend to be more ad funded.

It s common practice for a number of sectors to run promotions and increase ad spend during popular seasonal events in the Asia-Pacific (APAC) region. The three most common industries to run campaigns during China s multiple festival periods are gaming, E-commerce, and the education sector.

Here are five periods during the year you should target to increase sales and market reach in China. 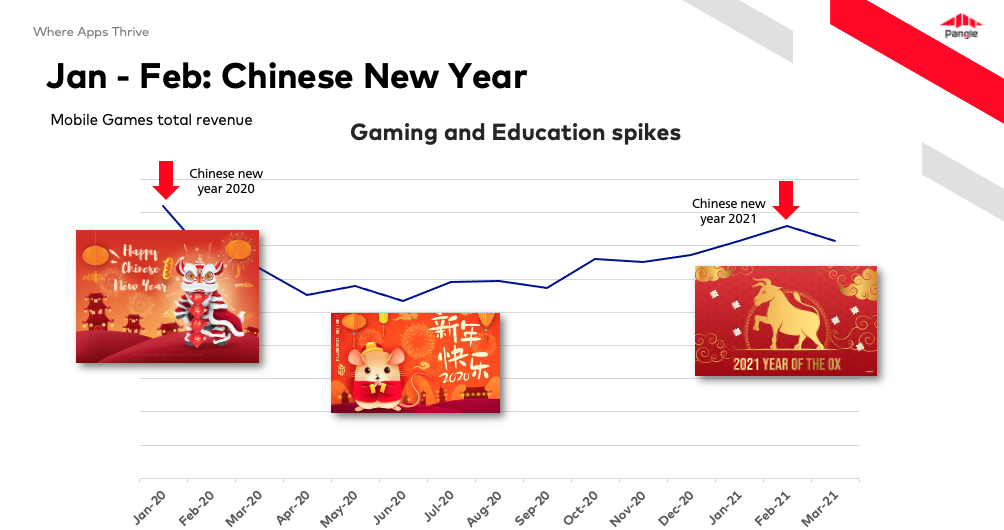 The celebration of Chinese New Year is, in a word, massive.

January and February are the months when companies invest the most, leading to an increase in eCPM. Mainly due to the dramatic increase in traffic on all fronts, developers are likely to see significant revenue spikes during the beginning of the year.

This is a great opportunity to launch holiday-themed in-game events like the Lunar New Year. For many players, these kinds of events are what drives them to either start a game for the first time, or return to an old favorite. The promise of special in-game rewards and items keeps players playing, and increases your opportunities to deliver compelling ads.

The Labor Day celebration, despite its name, actually lasts for five days at the beginning of May. This gives players ample time to immerse themselves in their favorite games, spiking player numbers and retention rates. It s common to see publishers and developers increase their ad spend during this period due to the increased attention, and work to keep players checking in rather than focusing on player acquisition. 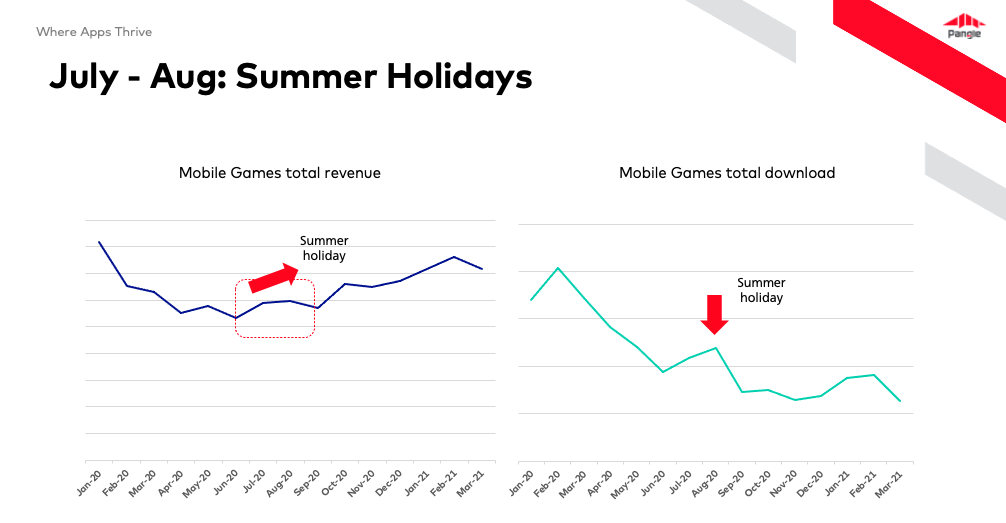 The Summer holidays mark the time when college students get some downtime from their studies, and they return to their favorite apps. Poised and ready, the gaming industry invests a tremendous amount into their games to boost downloads from the new players and increase from existing players during this period. As the Summer holidays come to a close, the industry falls into normalcy while students become reacquainted with routines and schedules.

Gaming companies do their best to get the most out of this week-long holiday with the first surge of user s free time since Summer. Without exception, these companies take this opportunity to heavily increase ad spend, focusing on user acquisition to celebrate China s National Day. The increased free time, and a steady influx of new users typically result in increased revenue streams for successful products during this period. 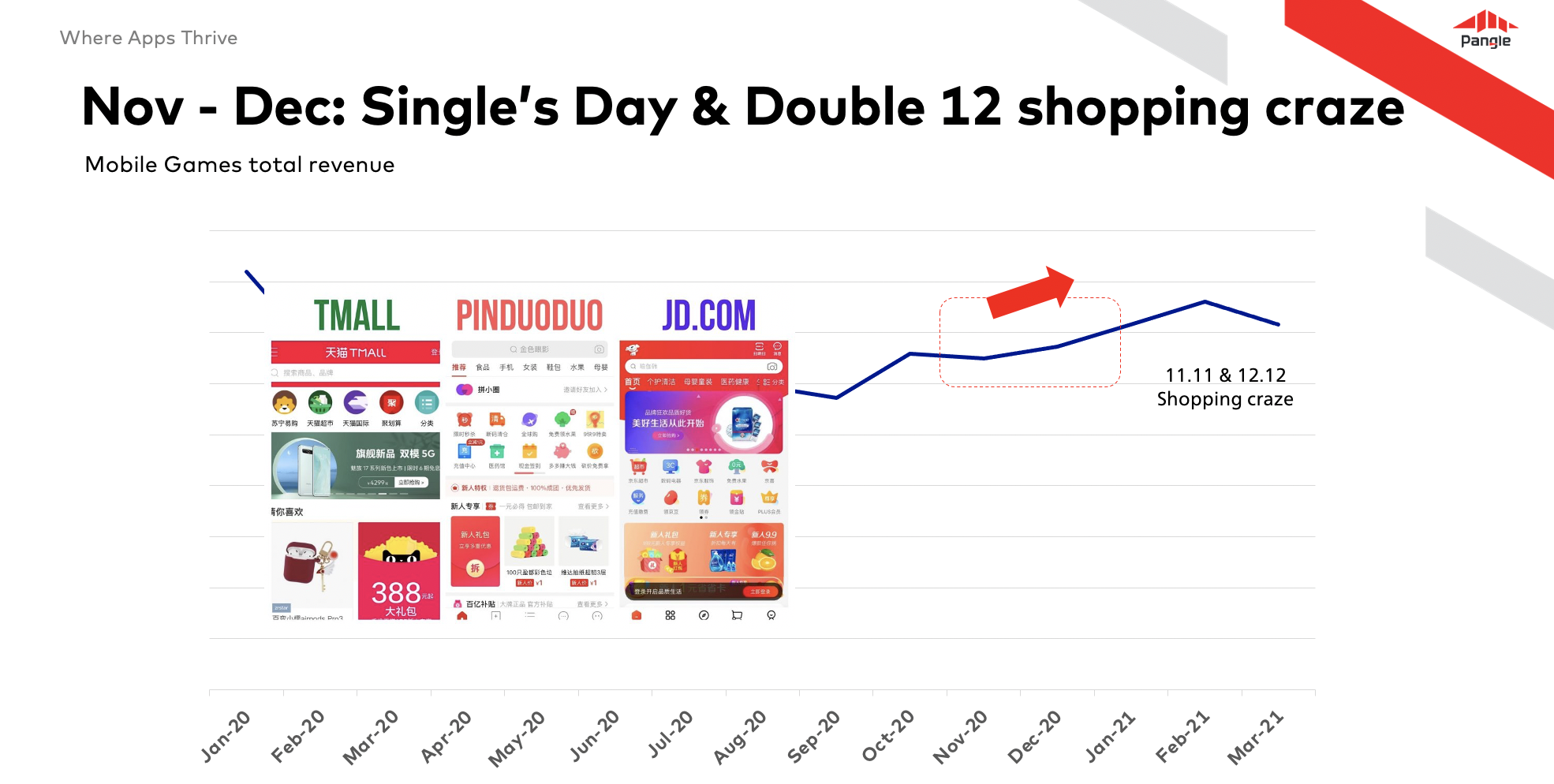 November 11th is Singles Day. Also known as "Double 11," it is a shopping holiday that celebrates those who are not in a relationship. All industries run special sales events, especially in the digital space, where players can spoil themselves and celebrate their individuality. The gaming industry often sees a big spike of sales as players treat themselves to something special on the day, taking advantage of sales.

In 2020, among all these holiday periods, the Chinese New Year led the pack in terms of increasing revenue. Singles Day and Golden Week generate about the same amount of income, and while the Summer holiday does not create as much profit as the other periods, acquiring new users from university students is a sound strategy for building long-term success.

Seasonal differences in the Asian markets and the best times to monetize your app & acquire new users [Part 2 of 3: Japan & Korea]