The Benefits of Native Advertising

Native advertising is a type of online marketing used in websites or apps where the advertisement blends in with its surroundings. It s a form of advertising that has been around for years, but it s only recently become popular as advertisers have learned its true value. In fact, native advertising now accounts for 74% of display ad revenue in 2021 - a significant rise from 56% just 5 years ago in 2016.

This article will go into detail about some of the main benefits of native advertising for app developers, comparing it with alternatives such as display ads.

What exactly is native advertising?

Mobile native advertising is an ad that appears in its natural context within an app. This means that the content and placement of the ad is not manipulated by the advertiser, and it fits seamlessly into the interface without being egregious in any way, shape or form. The result is an advertisement, which integrates seamlessly into the user experience and, other than a little sponsored tag, doesn t look all that different from the app s organic content.

What is native advertising an alternative to?

It would be difficult to appreciate the benefits of native advertising without weighing up its alternatives. While Pangle offers a range of different ad formats like rewarded video ads and interstitial video ads, banner and display ads are perhaps the most similar in nature to native ads. Like with native ads, a portion of the app s interface is segmented for banner advertisements, and they are run through cost-per-thousand (CPM) figures. But unlike native ads, these are more evidently sponsored content and colors, design, and copy could differ significantly from organic content. 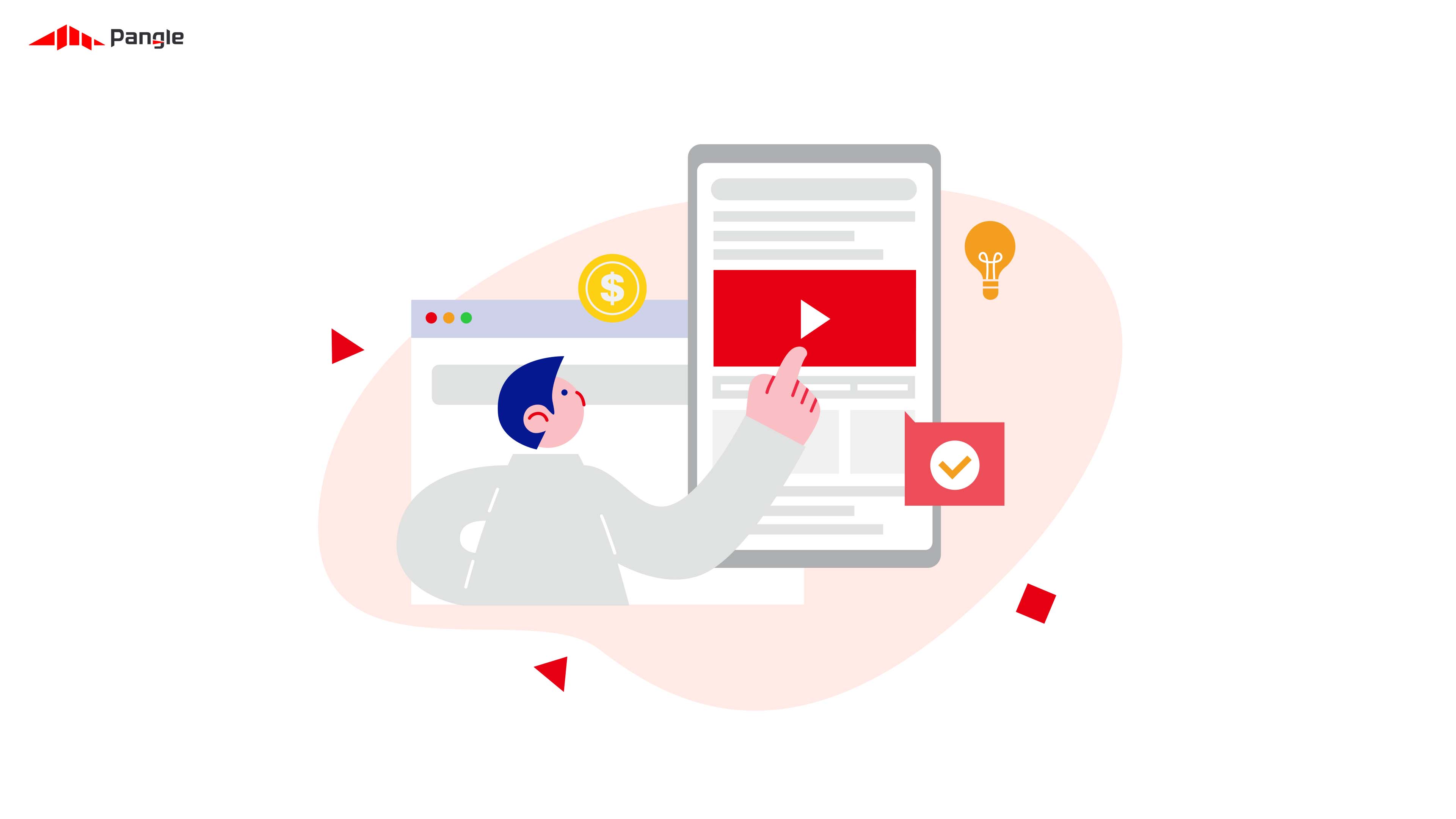 What are the benefits of native advertising?

Advertising is a great way to monetize your app, especially when used in a hybrid model. But for developers who do not want to hinder the overall user experience and reputation of their app, certain types of ads can get in the way of what your app offers.

By being seamlessly integrated into the interface, one of the main advantages of native advertising is that it is not disruptive to user experience. Users will scroll down past organic and sponsored content side by side in a fluid manner. In this way, the advertisement is viewed without a potentially negative connotation that sponsored content receives. If the ad contains something that triggers the interest of the user, then it has done its job - all without damaging the reputation of your app. The chances of this happening are also significantly higher too, as native ads will have content related to the organic content the user is there for.

#2 - Native ads have a reputation of being more trustworthy

Speaking of reputation, one of the other advantages of native ads is that they help build trust within your audience. Low-quality advertising can hinder your apps growth and active userbase, so it s important to work with a high-quality ad network like Pangle and pick the right type of ads for your app. Native ads have earned themselves a reputation, with two-thirds of survey respondents suggesting they trust native content more than traditional advertising.

Additionally, they are not only likely to not only grab your user s attention but hold it for much longer by being highly relevant and targeted. This is in stark contrast to many display ads, which are sometimes dismissed as "spammy" and UI clutter. Furthermore, this is a factor that will again contribute to higher click-through rates and better performance - which translates later down the line to happier advertisers who want to continue publishing their ads through your app.

Particularly with mobile advertising and developers looking to monetize their app, native ads have performed outstandingly well in a wide range of situations. Mobile ads tend to learn more towards visual components and emphasize the user experience a whole lot more than, for example, websites. With this in mind, it should come as no surprise that we at Pangle have seen some app developers experience a 15-fold increase in CTR after switching from a more traditional banner or display ads.

In fact, native ads have been proven to have up to an 18% higher purchase intent than traditional display ads, and are looked at 53% more frequently than display ads. Perhaps in part due to their trustworthy nature and appearance, it seems that native ads appeal to a younger and more discerning audience. In contrast to a more "spammy" advertisement, users are more likely to engage with a native ad and follow through with more conversions.

This is good news for all involved in the process - the publisher, ad network, and advertiser - as better results mean more profit and is a signifier of a well-balanced ecosystem within the app when it comes to organic and sponsored content.

Another benefit of native advertising is its near-unmatched flexibility. Unlike banner ads, native ads can be sized to your specifications, including custom elements and designs that blend them in with organic content just the way you want. The result is advertising which plays by your rules - something which is vital for developers who want to keep in control of the growth of their app performance and overall success even throughout the entire monetization process.

Thinking about monetizing with native ads?

Native ads are a great way to monetize, as long as you have a keen understanding of how to design them, place them, and use them. Learn more about native ads in our playbook, or get in touch with us today to join the hundreds of thousands of advertisers turning towards native ads.