This guidebook introduces hybrid monetization and shares best practices, success stories, and resources to guide developers through the transition to a hybrid model.

What is hybrid monetization?

In the mobile app industry, hybrid monetization usually refers to an approach that incorporates both advertising and non-advertising revenue streams to support an app s growth. In general, this approach involves implementing in-app ads in either a paid app or a free app that involves in-app purchases. Through this model, the app s revenue sources are diversified. 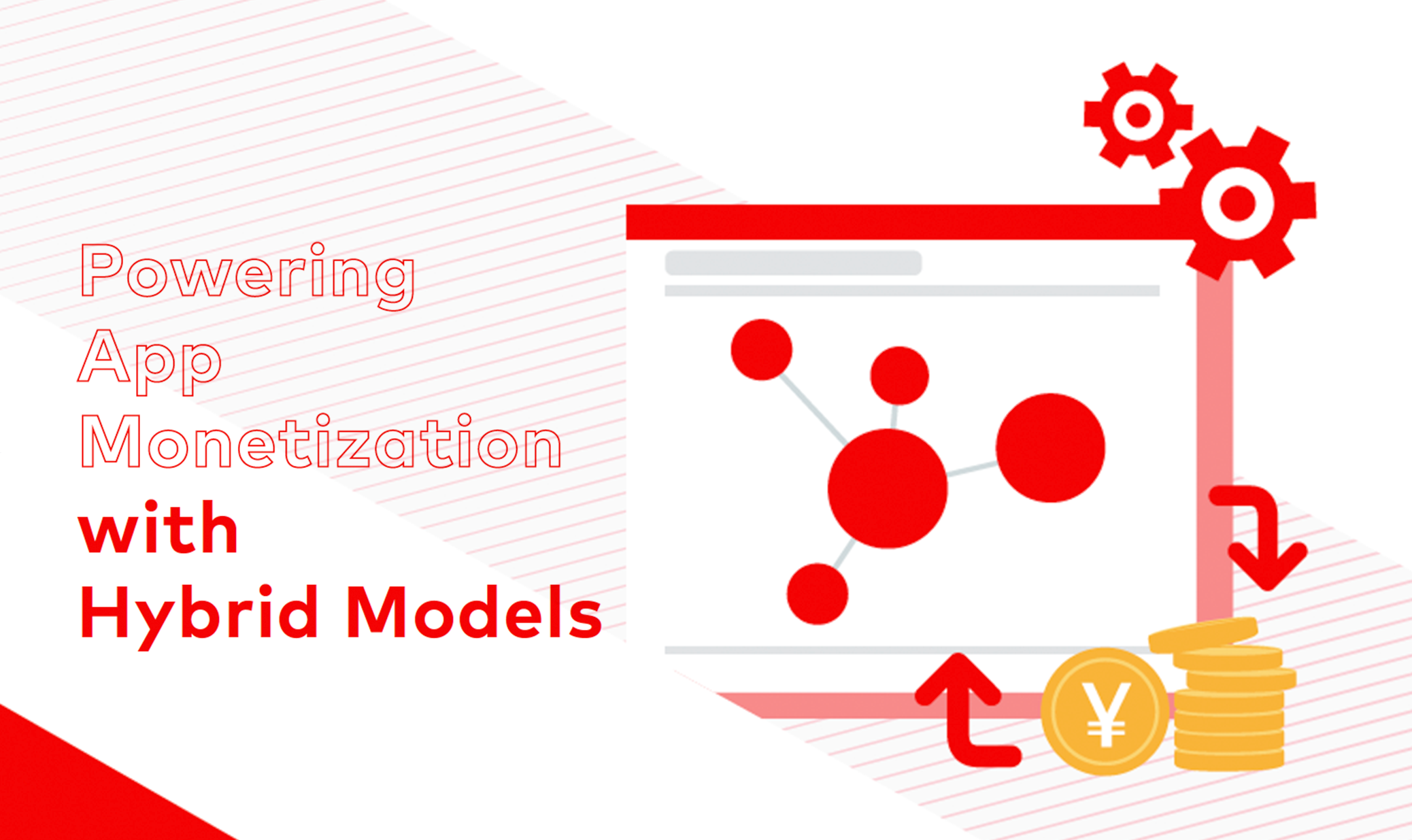 Why use hybrid monetization?

According to an AppsFlyer study, only 7.1% of iOS users make at least one in-app purchase per month, and only 4.6% of Android users do.[1] And because paid apps tend to get fewer downloads, the revenue they generate can be limited.

What hybrid monetization empowers you to do

Maximize revenue by unlocking the monetization potential of most users

Generate more revenue to invest in user acquisition and scale

Maintain a large user base

How to Use Hybrid Monetization

Freemium apps are apps that offer free downloads and free access to basic functionality, with the option to pay a fee for premium features.

Inevitably, many users will never purchase the premium features, but they can still generate revenue. Rewarded video ads are an especially effective way to monetize non-paying users of freemium apps. With this format, users can choose to watch ads to unlock premium features – or just a trial of a premium feature, if you re concerned about maintaining in-app purchase volume.

Of course, freemium apps can also simply include ads of any type within the free features.

The subscription model is usually adopted by video/music streaming apps, news apps, and some utility apps. Some developers believe that ads have no place in subscription-based apps, but subscription and advertising can indeed co-exist, so long as the ads are shown to the right user groups.

If you rely solely on a pay-to-download model, your users stop generating revenue immediately after they purchase your app. Over time, a relatively inexpensive app without in-app ads will likely earn less revenue than a free app containing in-app ads. To maintain revenue gains in the long term, consider turning your paid app into a free app and carefully implementing ads.

Step 2: Define the target audience of your in-app ads

Deciding which users should see your in-app ads depends on your priorities. If your priority is to give your loyal paying users the best experience possible, your in-app ads should target users who rarely or never make purchases. But if maximizing revenue is your goal, you should be showing ads to all users, while modifying the frequency depending on each user’s likelihood of making purchases.

Getting extra turns in a random draw

Getting extra opens of a treasure box

Upon completing a daily mission

Upon exiting a particular function

To avoid negatively impacting user experience, clearly distinguish ads from other content. In addition, avoid having ads interrupt user flow or pop up without notice. This is especially important to pay attention to when designing interstitial video ad placements.

Churn rate and average revenue per user (ARPU) are your two most important metrics. Churn rate tells you how ads are impacting your users, and ARPU tells you how ads are impacting your revenue. When you first implement ads, try keeping other variables constant for a time while you observe churn rate and ARPU. These metrics can help you better plan out ad placement design, display frequency, and target user groups.

Combat of Hero is a martial arts-themed mid-core casual game published by Ohayoo. Currently the #1 mobile game in Japan, it has racked up 5 million downloads from users all over Asia.

This model has led to a 30% increase in user lifetime value (LTV) with consistently strong user retention rates.