1. What is Blocking Controls?

The Blocking Control feature on Pangle is designed to help you block unwanted ads from appearing in your app.

- You can edit or delete the blocking control rules at any time.

- Blocking ads will have a negative impact on the ad fill rate and ad revenue. Please proceed with caution.

2. How to apply Blocking Control rules to apps or ad placements

a. Adding apps or ad placements when creating a blocking control rule 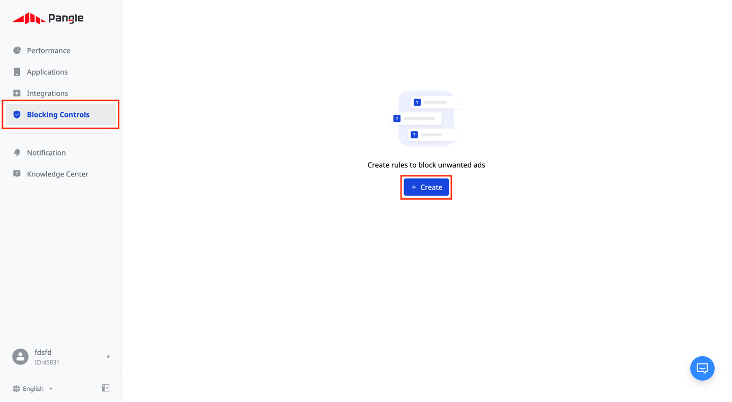 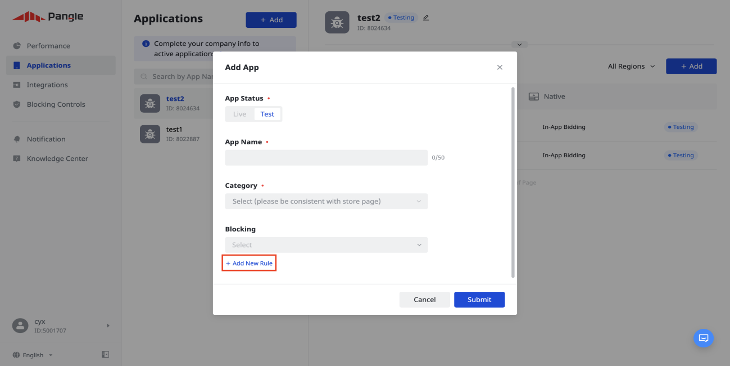 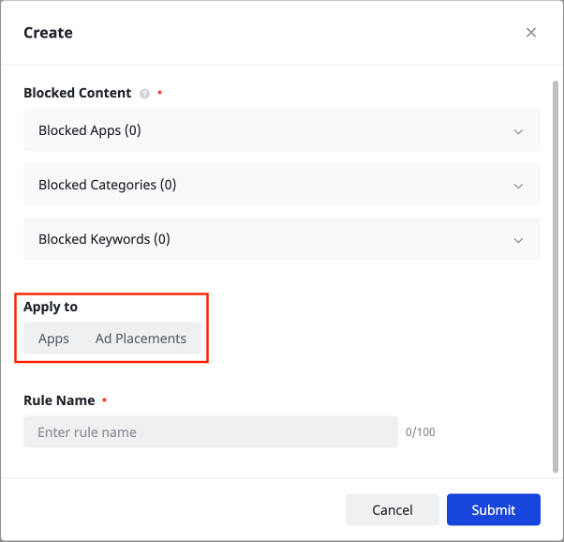 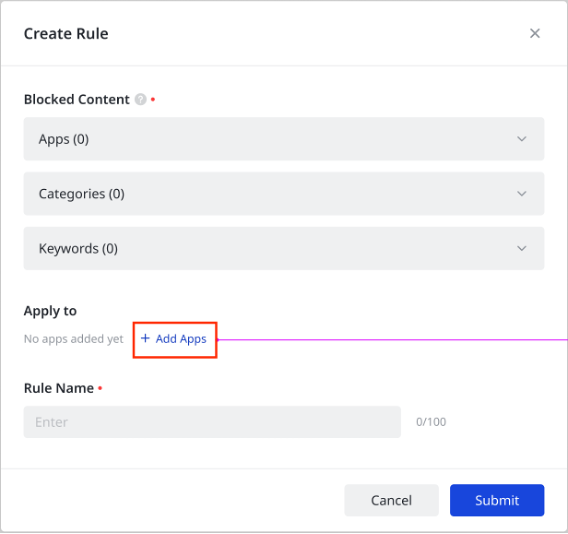 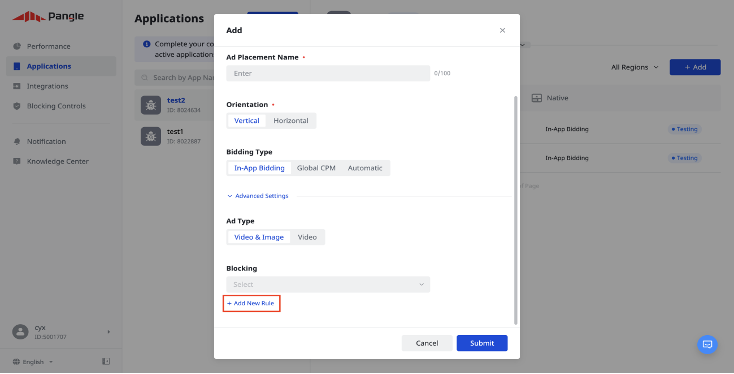 Search for apps by entering app store URL/app name and then select the app(s) you want to block from the drop-down box.You can also search for an app by its App ID. A maximum of 1,000 apps can be added for a Blocking Controls rule.

You can block domains by entering its URL or the domain itself. A maximum of 500 domains can be added for a Blocking Controls rule.

For example: If you enterhttps://image.example.com/docx/doxcngxfK4KMd6hUuGHWtxDVi2f,

then the domain to be added to the rule is image.example.com.

For example: If "image.example.com" is blocked, then

- the following URLs will be blocked

- the following URLs will NOT be blocked

For example: If example.com is blocked, then

- the following URLs will be blocked

Select the ad categories you want to block.

- Please select at least one content to be blocked, otherwise the Blocking Controls rule cannot be successfully created.

- As a result, when switching between app-level blocking and ad placement-level blocking, the previous setting will be revoked. Please proceed with caution.

A rule name that has already been used by the account cannot be used again.